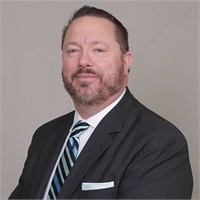 Charles Kevin MacKenzie was born and raised in San Antonio, Texas. After high school, he moved to Dallas, where he attended the Art Institute of Dallas studying Visual Communications. Kevin then went on to study business through the University of Pennsylvania.

Though he grew up in an upper middle-class family with two working parents, they were not educated on how to plan and protect their money. In turn, Kevin began his career and started earning money at a very young age. He knew that he needed to learn how to plan and manage his money, along with educating others on how to do so.

Previously, he was the Director of Finance at Park Place Rolls-Royce, Bentley, Maserati, and McLaren. Prior to joining Frisco Financial Group, Kevin worked as an Agent with New York Life, where he won numerous awards while enhancing his Life Insurance, Annuities, Long Term Care, and Disability insurance skills. Kevin is dedicated to making sure that his clients have access to a more comprehensive financial plan rather than just the standard resources and planning tools that were previously available.

When he isn't helping people plan and protect themselves, he can be found playing guitar or restoring old cars. Kevin loves collecting vinyl’s, playing golf, and spending time with his loved ones.

"My mission is to be an advocate and resource for those who want to learn more about how to maximize their income and plan for their dreams as well as protect themselves from the unexpected."